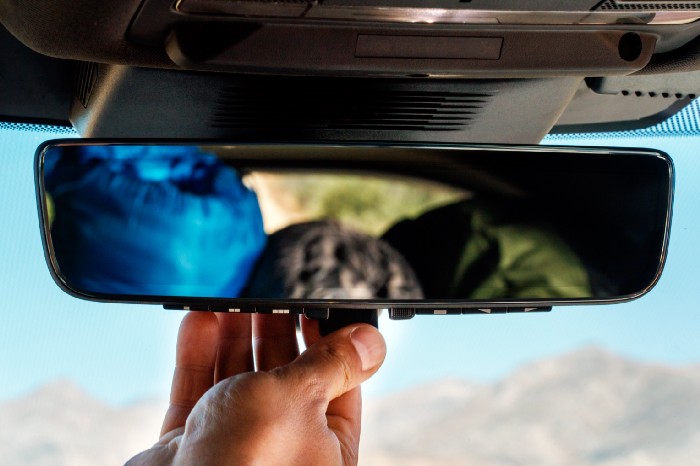 September 28, 2020
Posted by: meddyguru
No Comments

South Africa, 25 May 2020 — Imagine being able to see through the bonnet of your vehicle as you drive so that any obstructions, such as rocks when driving off-road or kerb in challenging urban situations, are made easy to see and you can manoeuvre around them. World-first ClearSight Ground View — the realisation of Land Rover’s transparent bonnet concept previewed on the Discovery Vision concept six years ago, makes this fantasy a reality.

Available now on the new Land Rover Discovery Sport and Range Rover Evoque, ClearSight Ground View displays a camera view of the front underside of the vehicle onto the large central Touchscreen — in normal circumstances, this area would be invisible to the driver, but Ground View allows drivers to virtually ‘see-through’ the bonnet.

Cameras in the front grille and on the door mirrors project a feed onto the central touchscreen to show what is ahead of and underneath the front of the vehicle with a virtual 180-degree view. Helping the driver maintain visibility when negotiating extreme terrains as well as high city-centre kerbs, this is yet another technological evolution that makes the new Discovery Sport and Evoque ideal for traversing the urban jungle, the actual jungle and everything in between.

ClearSight Ground View is offered in conjunction with the optional 360° Surround Camera and makes driving the Discovery Sport or Evoque on or off-road even more satisfying. The system uses four digital cameras around the vehicle to provide a bird’s eye view of the exterior, almost as if a drone was hovering a few metres above. It also has the capacity to display multiple views of the exterior at the same time to help get in and out of tight parking spaces and make negotiating tricky situations much easier.

Featuring an additional camera placed in the antenna roof pod at the rear of the vehicle, a video feed is displayed on an embedded digital display in the mirror, providing a much wider 50-degree and therefore improved field of view. Designed with a protective lip to prevent mud and water soiling the lens, there is also a hydrophobic coating that repels water spray. In the unlikely occurrence that the camera is ever obscured, drivers can change back to a traditional rearview mirror at the flick of a switch under the mirror unit.

By displaying a rear-facing camera feed onto the mirror, the driver’s view remains unrestricted by passengers or large items in the back, while also delivering clearer visibility in low light conditions. The ClearSight interior rearview mirror is included as standard equipment on HSE variants of both vehicles and on the First Edition version of the Evoque and is available as an option on all other models.

This site uses Akismet to reduce spam. Learn how your comment data is processed.

Hope you are having a good day. How can I help you today?

Support Inchcape Kenya Available from 08:00 to 19:00 Available on SundayMondayTuesdayWednesdayThursdayFridaySaturday

× Available from 08:00 to 19:00 Available on SundayMondayTuesdayWednesdayThursdayFridaySaturday
Compare